Staff member
About a week ago I uploaded a video on Youtube about how to use a tiller/rotary hoe - specifically, how to use my tiller but most have similar operating instructions.

I purchased my tiller directly from eBay here and besides changing the oil I have never needed to fix or do any other maintenance on it - have a read of my post also it's pretty comprehensive and talks about tiller size and operation etc Tiller or rotary hoe what to get and how to use?

I finished off the video showing my furrows, irrigation piping, and weed matting just to demonstrate the finished product.

Here is the tiller video for anyone who is interested

i am looking at getting a rotary hoe very similar to the one in your video is it good? do you have to rip the soil first or just start tilling ?
Click to expand...

@cam the tiller I have (the one in the video) is a BEAST of a machine and has more than enough power to rip through any soil. However, for a fresh site which has never been tilled you will probably (depends on the soil type) need to go steady at first and do one (or a few) shallow runs to turn the surface. Not that the machine can't handle it - more like you won't be able to hold on to it if your cut is too deep at the start due to the power of the tines turning and pulling you along.

Once the ground has been tilled (even 12 months later) it's much easier to re-till and the spike can be in the higher position for a deeper cut from the start.

Premium Member
GOLD
Looks like fun, but by the look of it, I reckon i'd go out of control and plow down all the trees and shed
my bee hive blog http://nativebeehives.com/​

Staff member
Here's a pic of a smaller Honda tiller used by the Toowoomba council on their public garden beds. 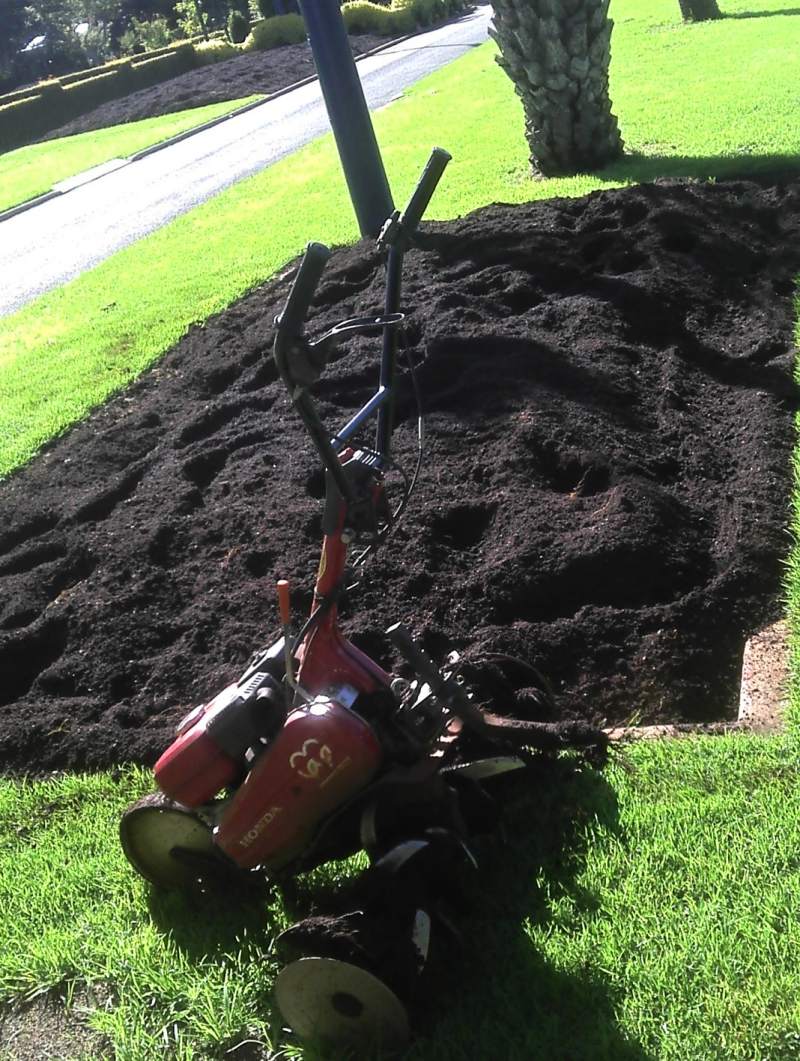 Premium Member
Hey Mark, Just the other day I was reading something about soil structure and they mentioned that tilling the soil can upset the structure.
I think I was reading about worms or something. Cant quite remember.
I dont really know what they actually meant by it and how wide-spread this belief might be.
Just wondering what your thoughts are on it?
Heard of it? Dont believe it?
What do you reckon?

Honestly it will be a while till I need to worry about this but I'm interested. (and pardon the pun)

Staff member
You're awesome with your puns Steve (don't know how you keep thinking them up ).

Yes, there's been recent conjecture about tilling and disturbance of soil - recent meaning over the past 5-7 years. It is to do with worms but also other creatures like bacteria, micro fungi, and other microbes which scientists are still learning about. The theory being based on soil as a living element, and that it takes time for the soil to colonise with all these special animals working together to form the ideal environment for plants.

Apparently, it's not just water, nutrients, and trace elements that's important for plant health - it's also symbiotic relationships with fungi and animals which helps protect plants from disease and enable plants to absorb food.

Naturally, purists and modern eco farmers are now recommending (and employing) low soil disturbance techniques when planting and sowing seed in order to protect the soil environment as much as possible.

I think there's probably a lot of truth to not disturbing the soil where possible and there's no doubt using a tiller works the soil over like nothing else. However, there's also the other side of the coin and the reasons why tilling works and is done. And they are, tilling aerates the soil so it breaks up heavy soil which has compacted over time thereby not only making it easier for roots to grow but also to breath; tilling gets rid of weeds and grasses which otherwise would compete with food crops for nutrients and water; and tilling makes sowing seed and planting out much easier.

At my place, I use raised garden beds and furrow gardening. I try not to disturb the soil too much in my raised beds - I certainly just don't turn it over for the sake of it because it does kill worms. However, in my traditional plot I till the hell out of it! Just like a standard farmer does.

It's easier to weed and control raised garden beds - the area is smaller for a start, it's raised, and the soil is usually easy to work. Whereas, ground furrows over a large area is definitely easier to till or it would be pretty difficult to grow anything but weeds.
You don't have to be self-sufficient in everything… Just be self-sufficient in something!
Self Sufficient Me (Blog)​

Mark said:
Here's a pic of a smaller Honda tiller used by the Toowoomba council on their public garden beds.
Click to expand...


Looks like it was made from a Postie bike

stevo said:
Looks like it was made from a Postie bike

Premium Member
GOLD
Here's a picture of my tiller. It's a versatile machine....Uses no petrol, cost me nothing! It saves me about $400 a year in gym membership while keeping my physical and cardio-vascular health up to standard. It's very technical, so I hope You can work out how to use it! 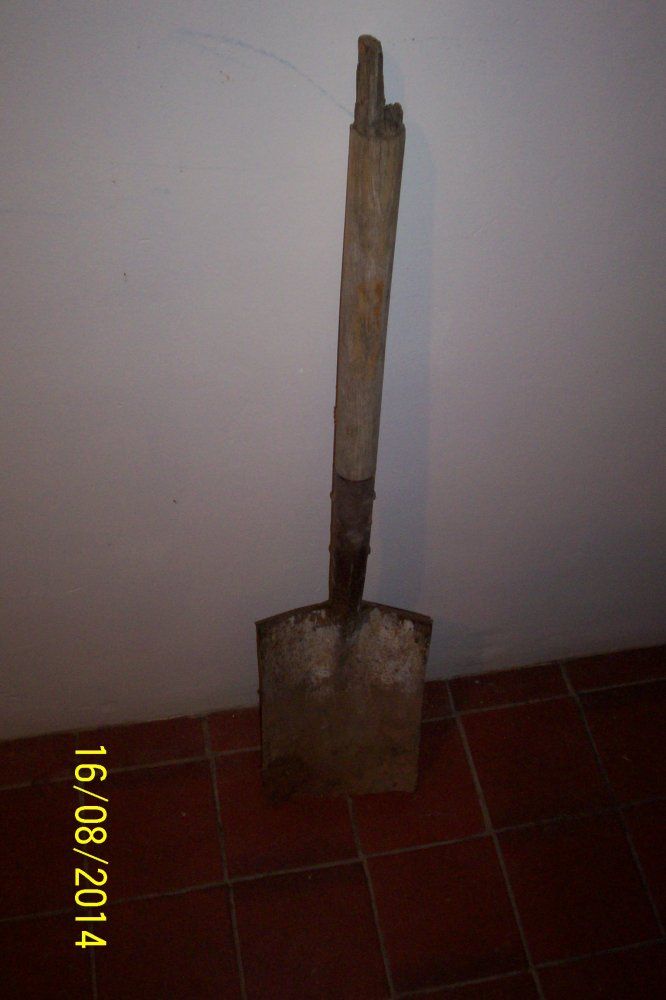 Premium Member
Hi Mark,
I am looking at getting the same tiller as yours after xmas. Can you give us an up date on it. Is it still going strong etc.
Cheers
KB

Staff member
Yeah KB it's a beast! I gave it an oil change not long ago but I haven't needed to do anything else to it.

I can't say I've been using it much though because I converted half of my furrowed vegetable garden into raised beds. I'm moving away from tilling at ground level and more towards raised bed gardening - I find it easier and better in many ways.

There's a whole other debate about whether to till or not to till to preserve the health of the soil; however, as far as the workings of this is tiller is concerned it certainly does the job! This tiller will tear through loose and sandy soil. For heavier soils (like mine) you really have to hold onto her otherwise it will get out of control and throw your arms around like you're doing the Mexican wave at the cricket.

stevo said:
Maybe you should sell it to Mortein if you're not using it anymore

That sounds like a great idea "stevo". Mark I will give you $50 for it. Oh and can you deliver it?