New Project - Could send me to the insane asylum

Browsing this thread and loving it ❤ From one Manitoban to another. I grew up in the Winnipeg area and live in Westman now. Those black Hungarians are the only darn peppers I can seem to grow!

Older ovens (electric anyway) would also keep running with the door ajar, which would lead to a bit cooler temperature. Our new oven turns off as soon as the door is opened...stupid safety protocols...sigh.

At permies.com (Paul Wheaton / Wheaton Labs), they have done a number of solar dehydrators. I saw one that looked a bit like a small grain elevator with a glass / Plexiglas side that faced south. Things to consider are humidity and venting to allow moisture to escape. I'd like to do something like this and actually avoid using electricity, but it will only work so late in the season in our climate. There are some dehydrators out there that aren't very expensive, but you may get what you pay for.

On to yesterday's adventure....

It was a rare day...I got everything done on my list for the country property. The cold room is working quite well for keeping the root vegetables overall.

One of the pieces of homework for the permaculture design course (PDC) was to do a soil composition test - this is to determine the proportion of sand, silt, and clay particles in your soil. It was almost too late in the season for that, but not quite.

It was about -4C so a nice enough day to be traipsing around, digging in the soil. 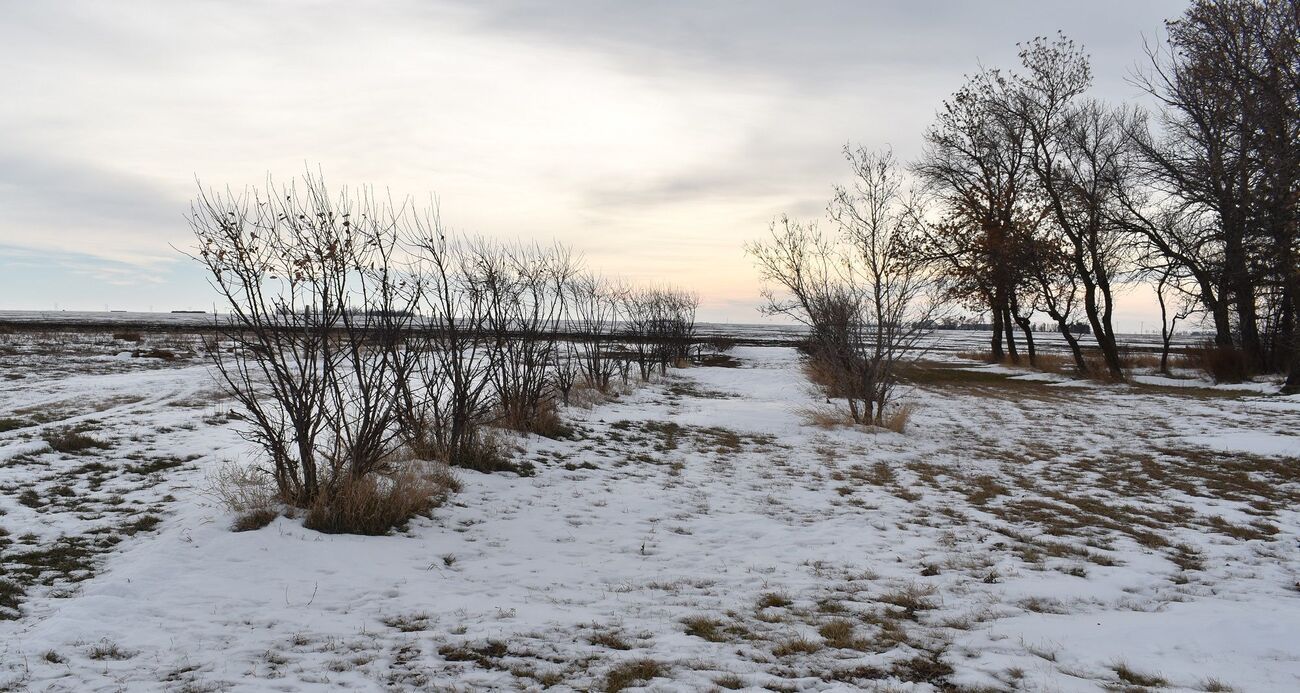 Starting to see some snow drifts developing among the cherries. One of the big things I'm learning about is the importance of moisture and either harvesting it, infiltrating it into the soil, or slowing it's movement.

This tree had blown down some time in the spring / summer...there was enough attached that it remained alive, but it needed to be removed. 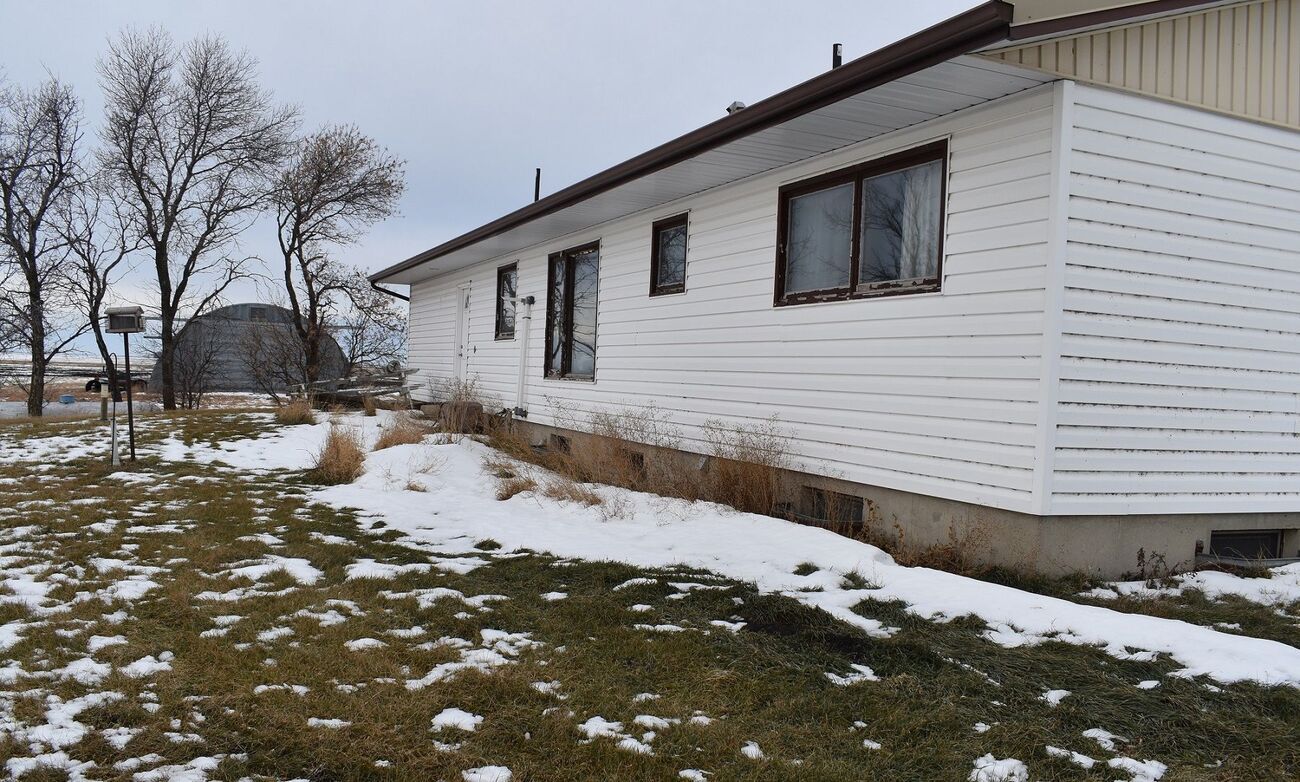 We also get a lot of drifting on the south side of the house. Note that we had a couple days previous above freezing so some snow has melted.

After I got through with the chainsaw. I left the litter out there for now. It can be cleaned up in the spring easily enough (I didn't want to start the tractor) and if critters want to use it for food or shelter over the winter they are welcome to it.

On my way back from gathering soil samples around the property, I scared up a snowshoe hare...I was probably within 10 m of it. They are quite large.

After gathering up some potatoes and a cabbage, I headed back home. I was pleased on the drive to see a snowy owl. They are beautiful birds. Hopefully I'll get more opportunities through the winter. We've had one on the property some previous winters, so perhaps I'll be able to get a photo. 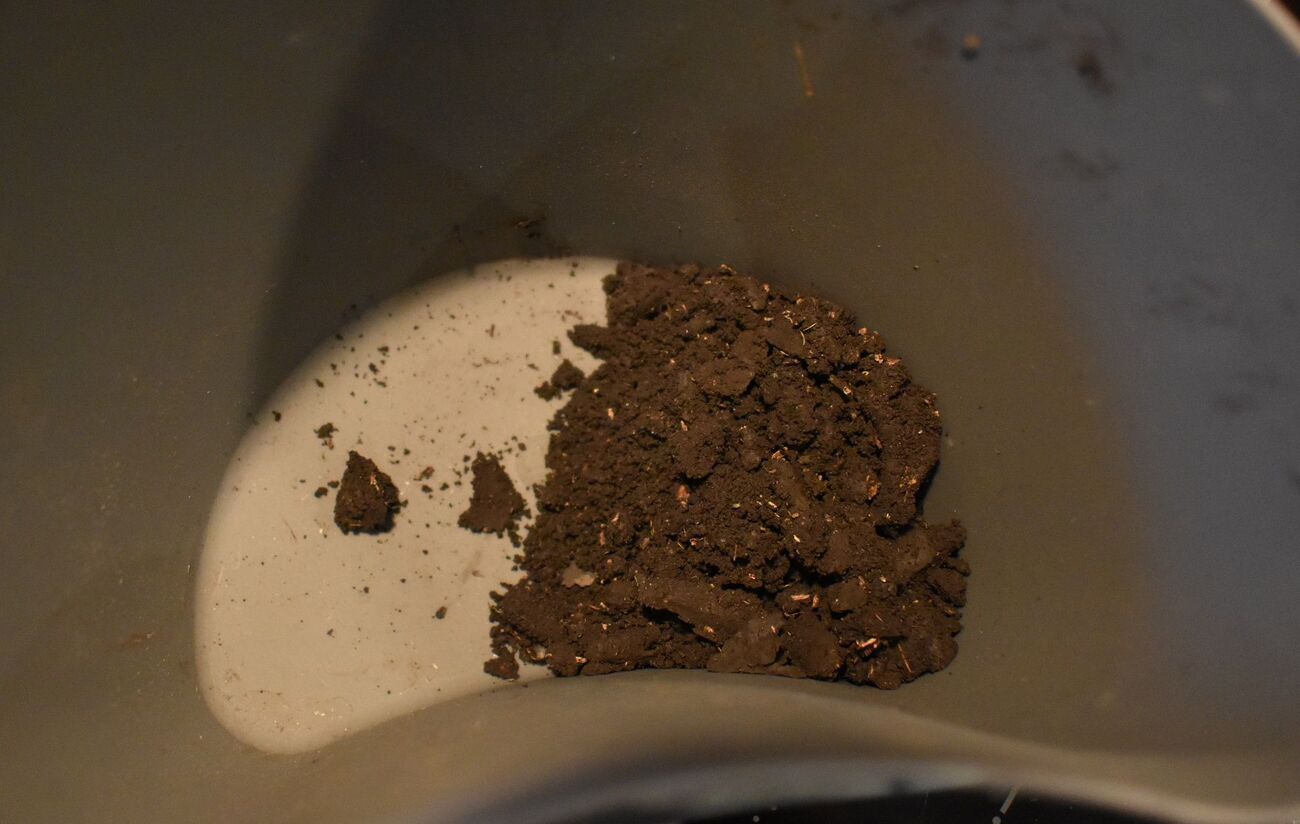 A cup or so of soil gathered for the composition test. 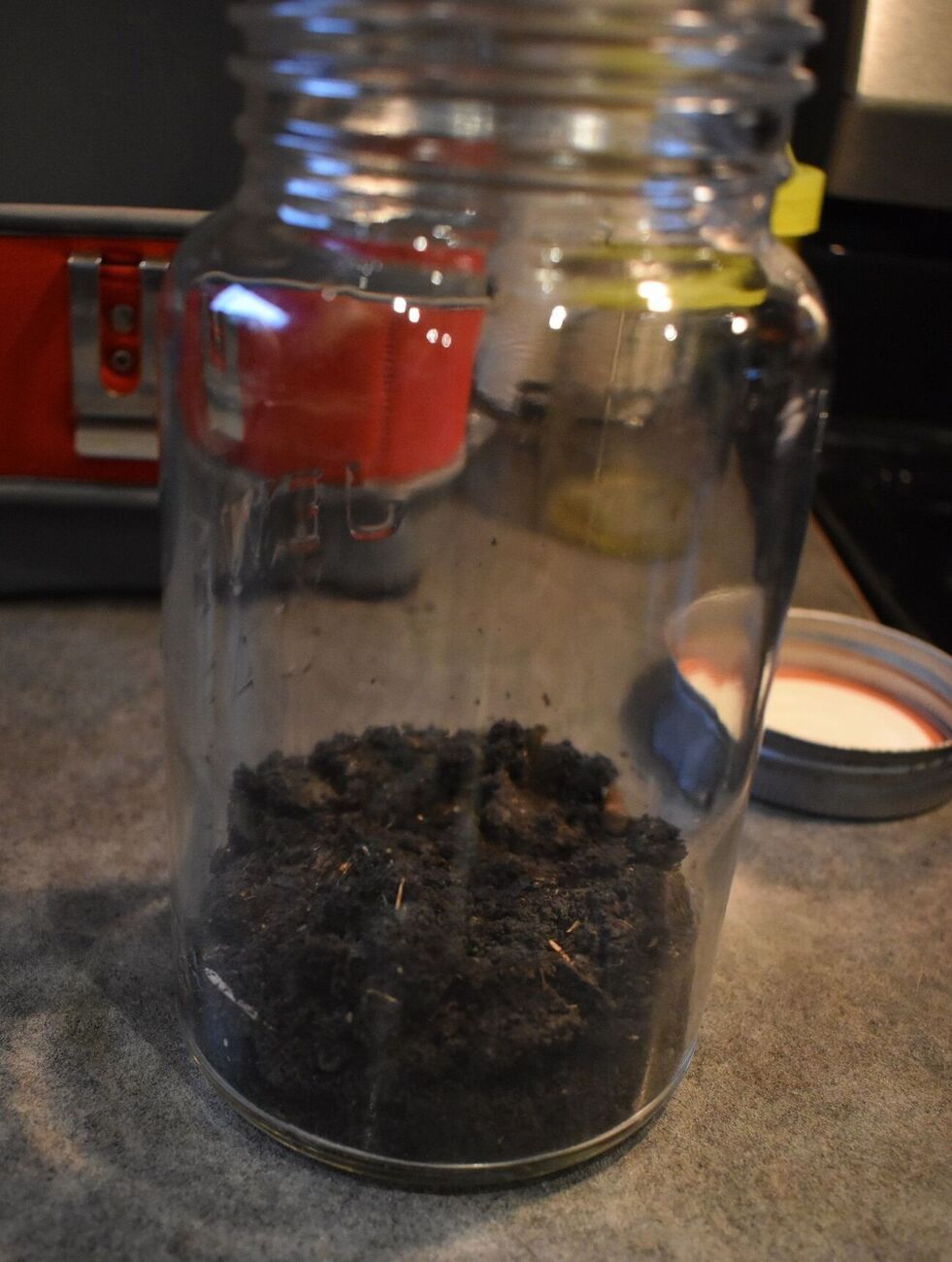 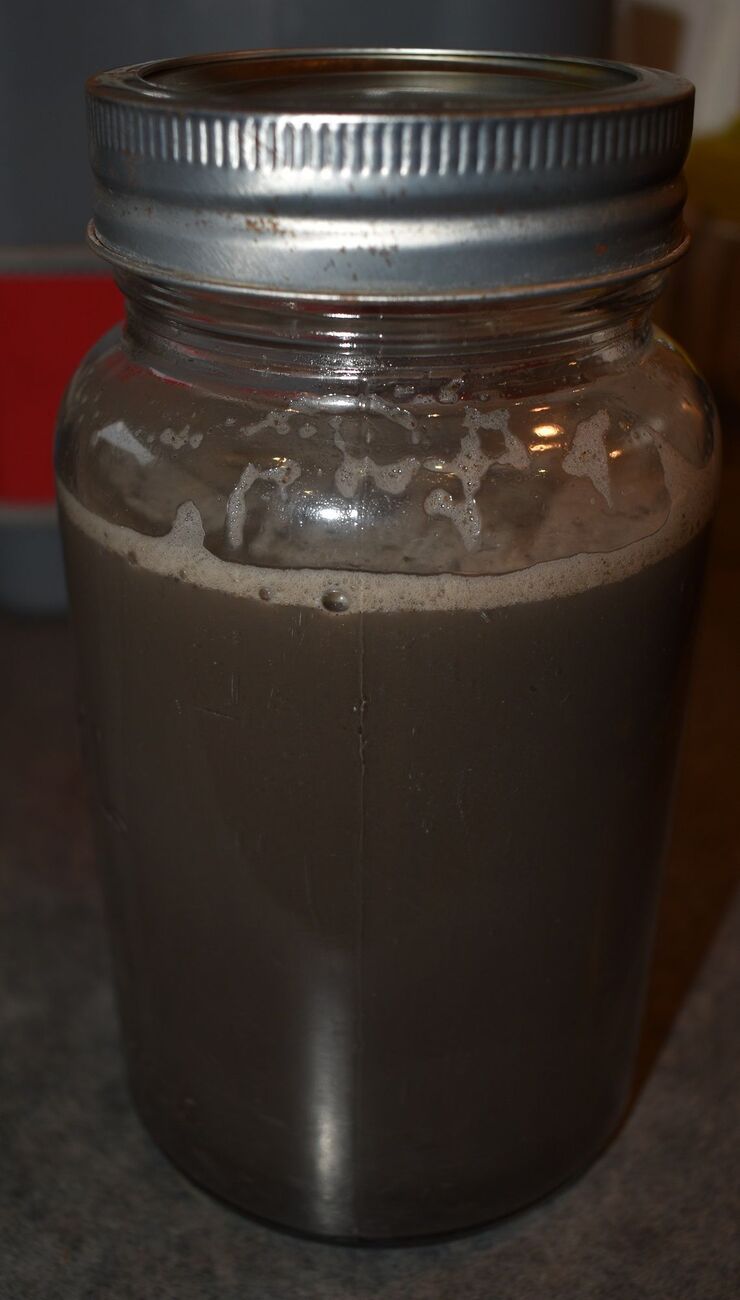 Water added and everything mixed up. 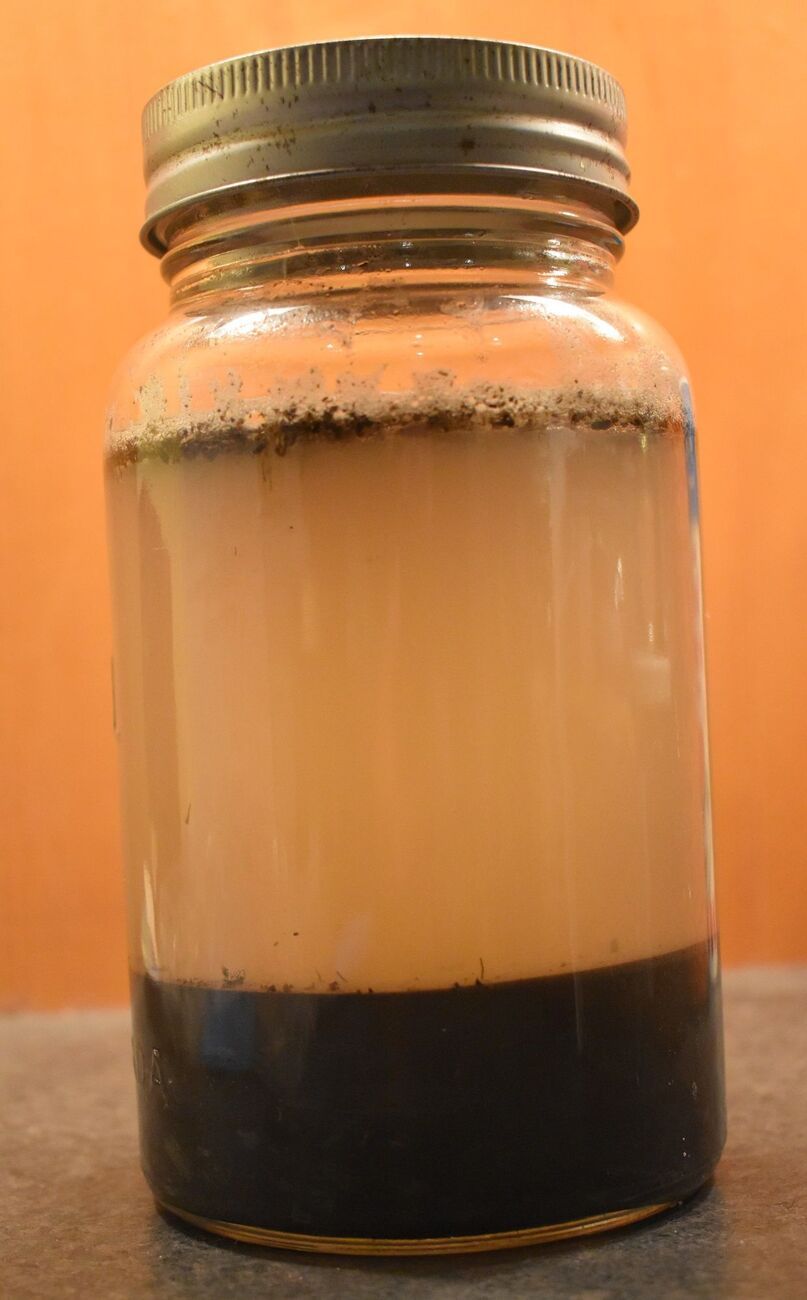 A few hours later. You may not be able to make it out in the image, but sand is the biggest particle so settles to the bottom (there's really no detectable sand here). Silt particles are the next largest and clay particles are smallest. Thus far it looks to be about half clay and half silt. Floating on top is organic matter / debris. The water remaining coloured is an indicator of the presence of humic acid and / or fulvic acid. Both are indicators of organic matter present in the soil. Without having measured anything, it seems to be about 50/50 clay to silt which isn't ideal, but better than many others.
Derek
Winnipeg, MB, CAN (city place)
Sperling, MB (country place / orchard)

PrairieMom said:
Browsing this thread and loving it ❤ From one Manitoban to another. I grew up in the Winnipeg area and live in Westman now. Those black Hungarians are the only darn peppers I can seem to grow!

Serrano Del Sol (from T&T Seeds) has historically been a solid producer for us. As I move forward though I want to grow more of the heirloom varieties rather than hybrids if I can.

Welcome to the site. I don't get out west as often as I used to. For a time I had a brother in Roblin so got out there every now and again.
Derek
Winnipeg, MB, CAN (city place)
Sperling, MB (country place / orchard)

I hope the studies are going well

Glad you got everything done that you wanted. Especially with snow incoming that might become a little tougher.

Maybe some day I'll build a solar dryer, for now I'm tempted to use vegetable bags and just hang them to airdry herbs... if that's even needed. Maybe I should hang my herbs indoors again. I have done that before but they got covered by dust and I don't dare eat them. Living next to a highway, everything just gets covered in dust, no matter how often you clean (we don't have aircon, so windows are always open).

Very interesting test! I already know without testing that most of my soil is clay... the earth was dry as could be (or so I thought), but when I pulled some dead plants from the ground, their roots were absolutely soaked. A little dig by hand and water just started pouring from the sides of the small hole, maybe wrist deep, if that. And here I thought my tomatoes had died because they didn't get watered for well over a week...