I don’t know how much interest there is in birding among this group, but thought I’d test the waters. We are not really birders, but do enjoy observing, photographing, and identifying birds. After getting our country property in 2008, which had a bird feeder outside the big dining room window, we got a bit more into it. Some of the photos I’ll share here are with the Nikon D3500 DSLR we got over a year ago - it’s relatively entry level, but when I remember to bring it out to the country place so I’ve got a longer lens along I can get much better photos.

In the early days of the country place, one weekend we spent an overnight or two there and identified over 20 species of birds. We’ve also been a bit surprised if we time it right and have seen a number of migratory sparrows that nest far north of here. 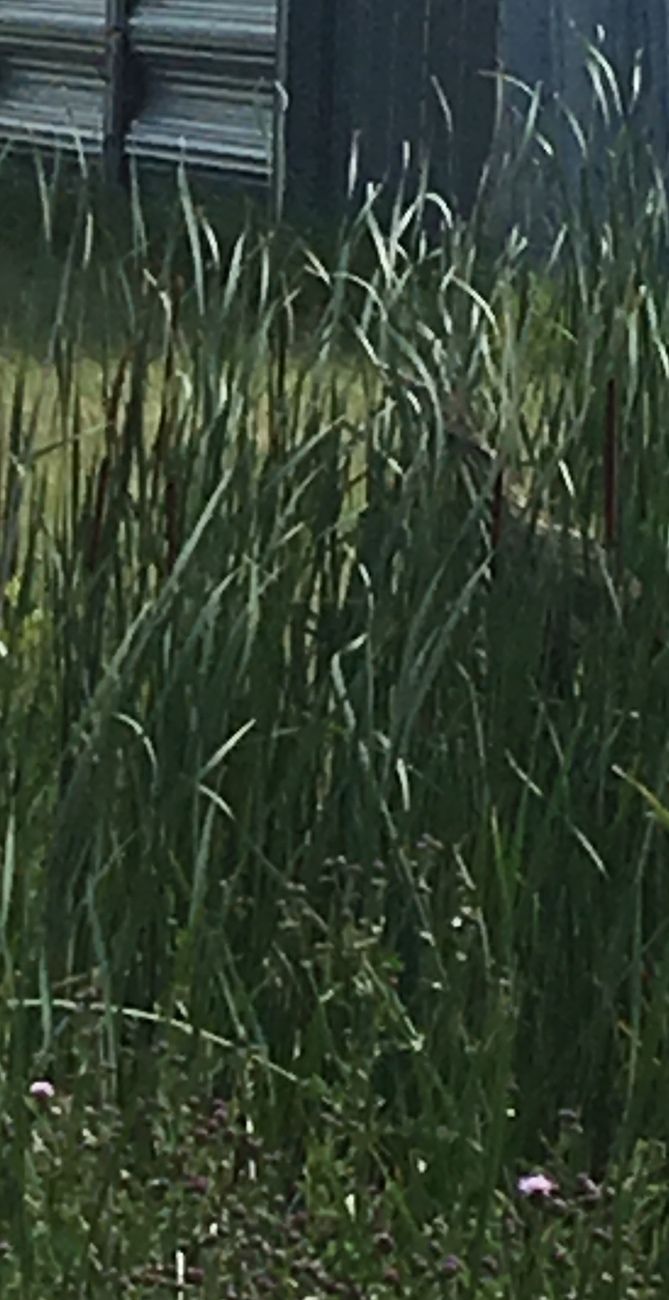 American bittern in here among the cattails. They have a striped front and will point their bill straight up to make you think they are reeds. Doesn’t work as well with green reeds. This is an iPhone photo from the seat of the tractor cutting grass near the dugout. 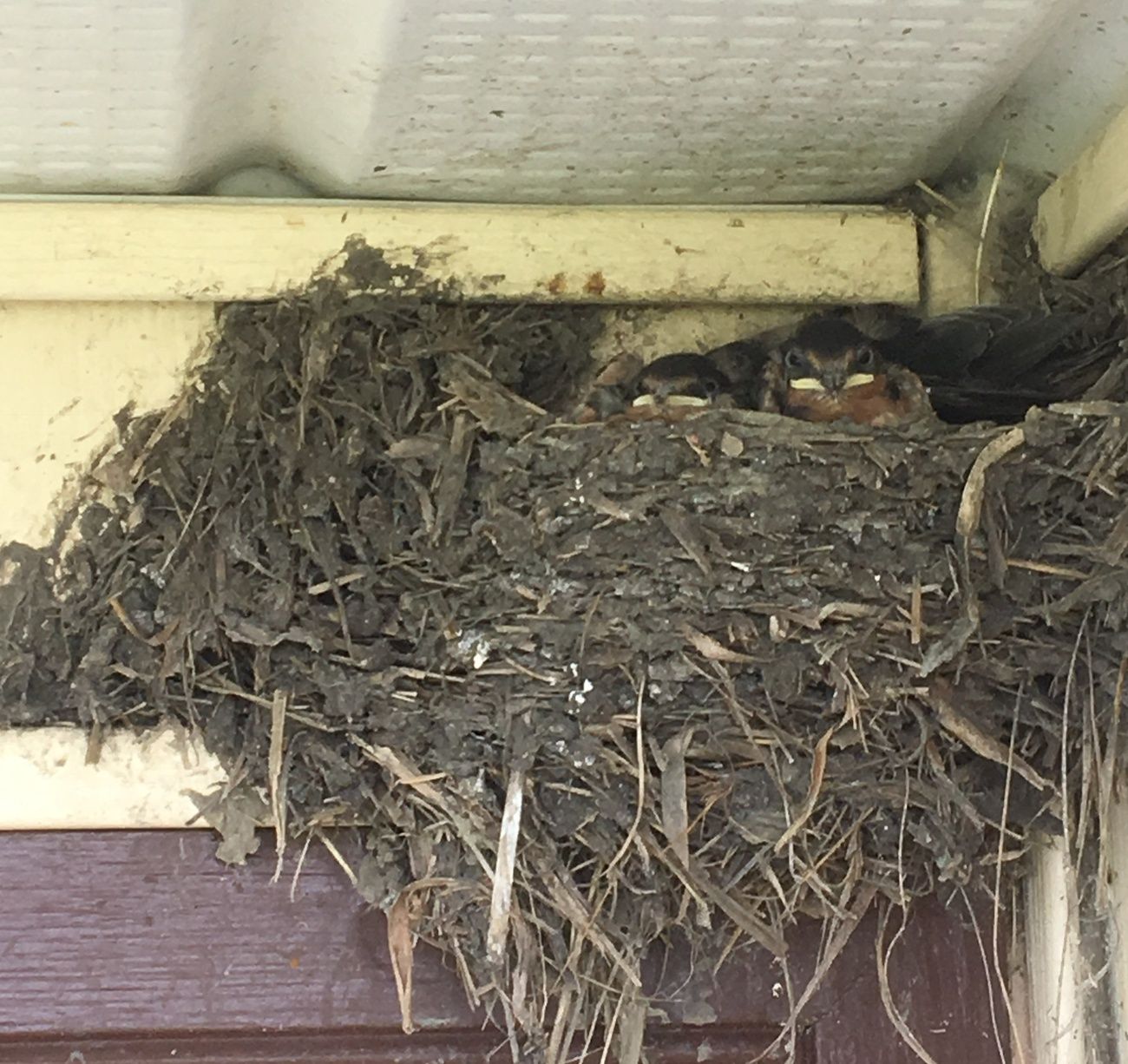 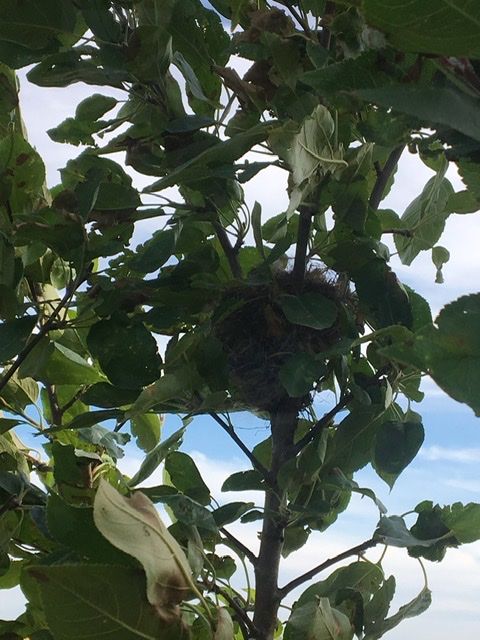 Nest in an apple tree. 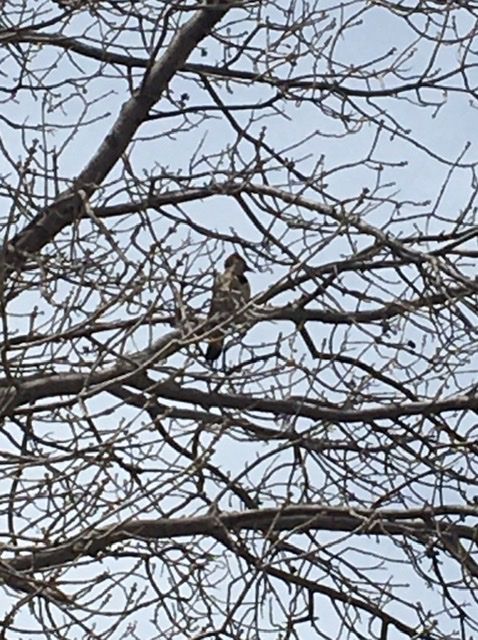 I forget what type of woodpecker this photo was. 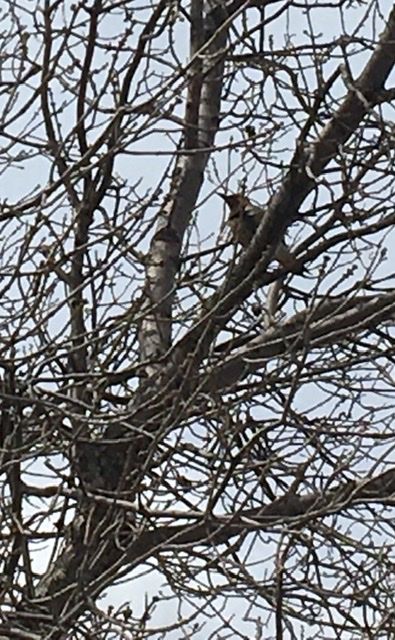 Looking at this photo, I think it may be a northern flicker. 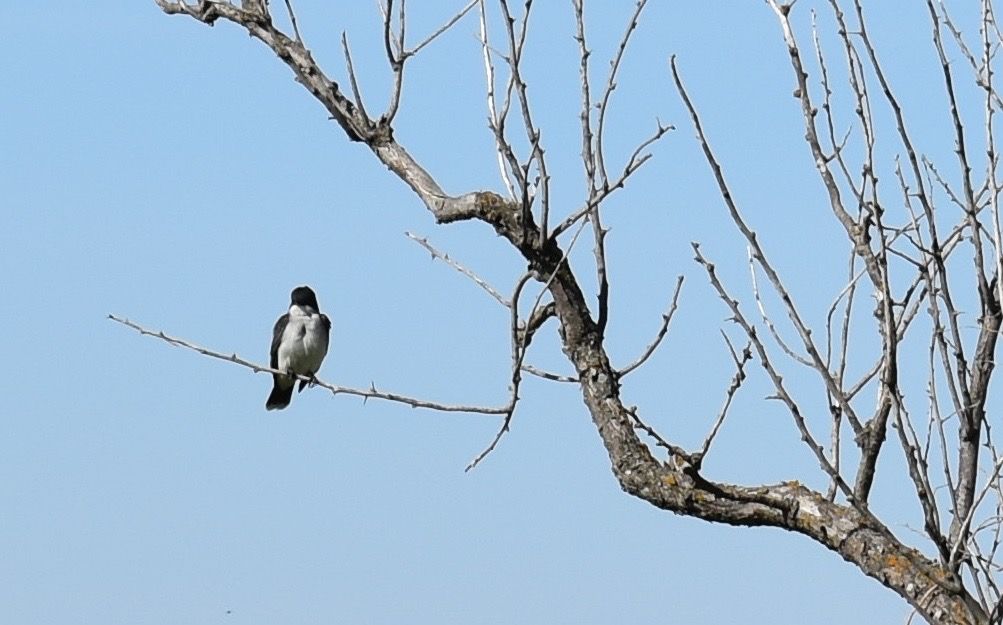 Eastern kingbird. They catch insects on the fly and will often perch on a low tree / shrub / post then swoop off for a meal. 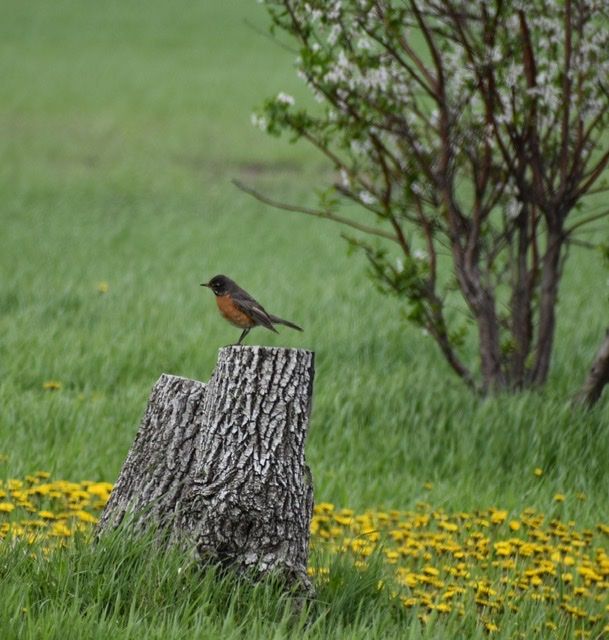 American robin. This is before I got mowing...cherry in the background. Those logs we use as seats at the nearby fire pit which we don’t use often enough considering all the dead wood I keep having to deal with.

Canada geese on the dugout. This year we had one that started a nest, but the day I saw that there was also a red fox on site and the next time we were out the nest was destroyed. We do get them through during migration time at least. 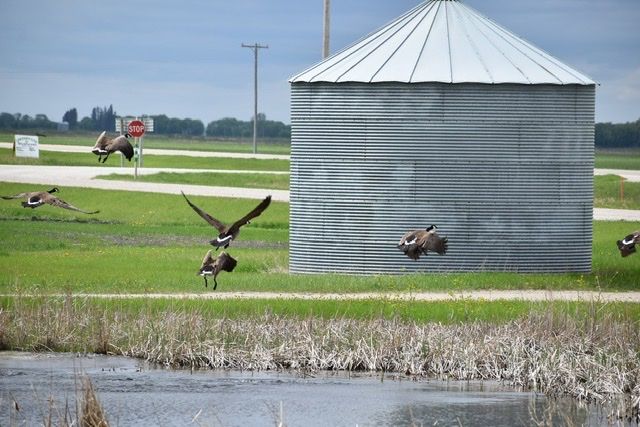 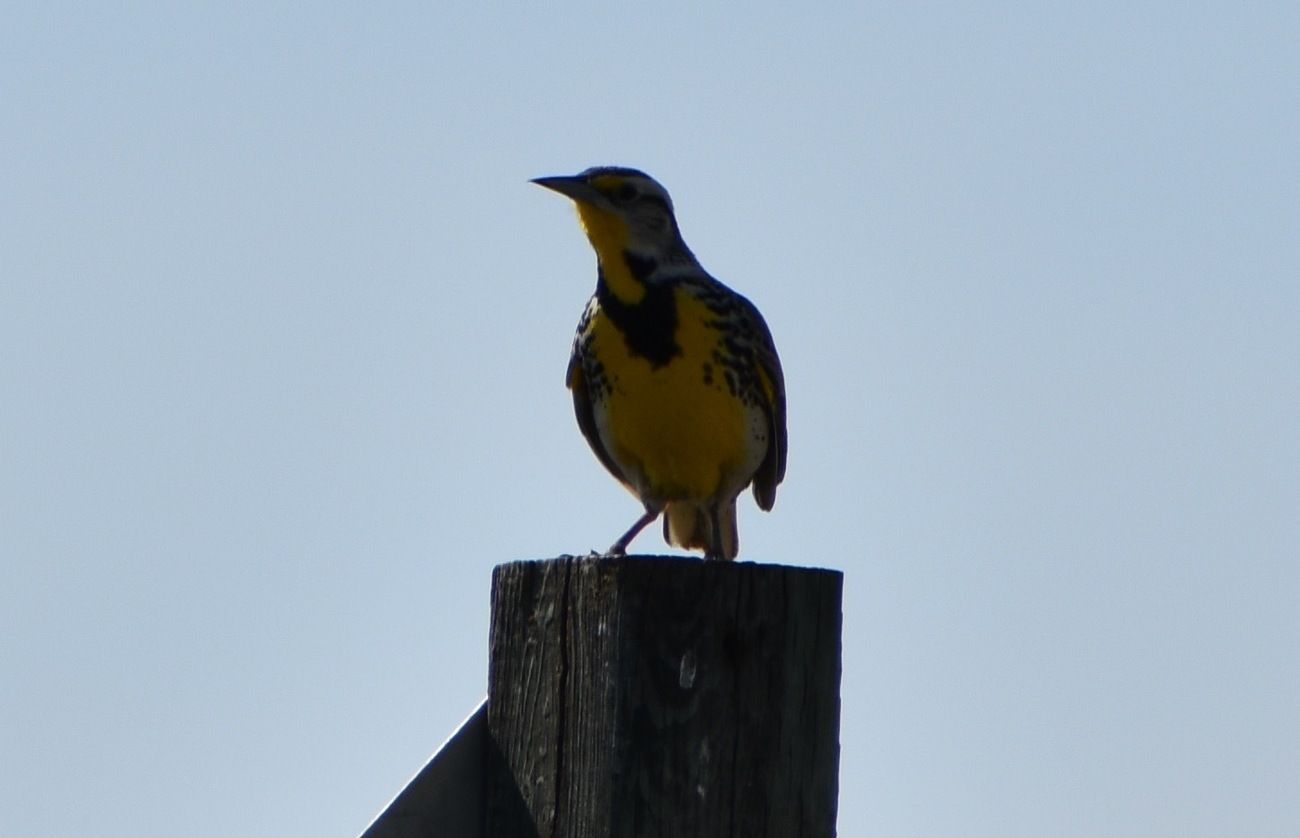 Western meadowlark - we hear their song regularly out there, but this day was the first time I could get a decent shot of one atop a sign post on the road...this is the only photo of the batch that wasn’t on our property.

That’s it for now. I do have a few more photos on this device, but they aren’t necessarily that great. I’d have to go to the computer to find some of the other birds we’ve seen including rock doves, red-winged blackbirds, common grackles, killdeer, assorted sparrows, mourning doves, brown-headed cowbirds, and American goldfinch. We’ve also had great-horned owl (provincial bird of Manitoba if I recall) one summer and many winters we have seen snowy owls around. I’ve seen wild turkey tracks on the property, but haven’t seen any out there, although we have seen some nearby driving out or to the next town for purchases.
Derek
Winnipeg, MB, CAN (city place)
Sperling, MB (country place / orchard)
You must log in or register to reply here.
Share:
Facebook Twitter Reddit Pinterest Tumblr WhatsApp Email Share Link
Facebook Twitter youtube Instagram Contact us RSS
Top Bottom